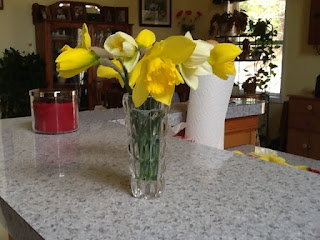 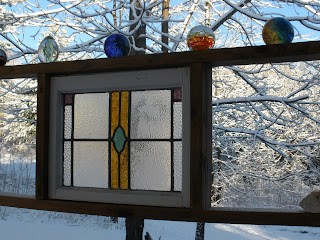 Oh!. This is just the most gorgeous day a my little Creekside Cottage! It's officially 63 degrees with bright sunshine and I've been out soaking up some vitamin D this morning and basking like a lizard. It's hard to believe that we had all that snow just 4 days ago and they're giving out more snow for 2 days hence. This winter is just crazy, but I'm not complaining about warm weather! I'm certainly having a hard time working, though,  when I can hear birds chirping and a lovely breeze sighing through the pine trees. And Eric Clapton, Ginger Baker and Jack Bruce.

A Bit of a Disappointment 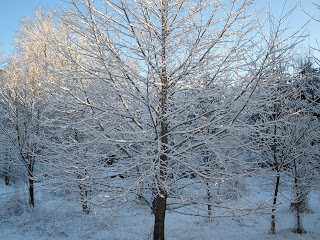 The hype started at the end of last week: A big snow storm was coming. Meteorologists agreed that it would all depend on timing of moisture and cold air, but we were all getting excited by it. Our local economy depends on the ski slopes and we haven't had much natural snow this winter. With it coming on a holiday weekend it could be a really good thing if we got the 10 inches that was possible. Personally, I just wanted to sip hot chocolate or tea and watch it come down. I felt fortunate that I didn't have to go anywhere.
This morning I woke to only about three or four inches, and as soon as the sun hit the snow in the trees, it looked like a winter wonderland. It was so beautiful and these pictures don't compare to the real thing. It's about 45 degrees this afternoon, so it's nearly gone now.
﻿ 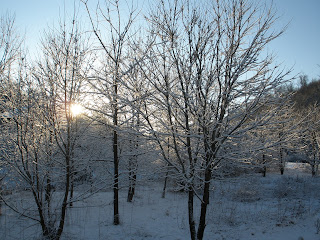 This is "get with it" time for me. I sure have enjoyed my hibernation, but it's time to cross stuff off the list and get ready for a new season. (And time to PUT DOWN Angry Birds!!) I have a new class starting in about a month and I want to re-design it so that it flows better and we can do a second week with the more inexpensive copper clay before progressing to the outrageously expensive silver clay. Taxes need to be completed. Main Street Gallery in Blowing Rock will be opening for the season soon. Lots to do and I'm actually looking forward to doing all of it.
While thinking about the changes I want to make to the class I had a brainstorm (did you hear the thunder where you are?). My repertoire of jewelry consists of things that need to be fired under vastly different conditions. Copper needs to go in a firing pan filled with carbon. Silver containing glass has to be fired at a lower temperature, etc. Since I need to fire my kiln every week for student's work (the University STILL will not buy me a kiln, but that's a whole 'nother subject), I like to include as much of my own work as possible. Call me crazy, but I just like to fire a full kiln rather than an empty one. Sometimes two or three shelves full. My idea is to make things and get them to the point that they're ready to be fired, then store them in flat snap-top dishes until the appropriate firing schedule comes around. Then I'm not scrambling and trying to fill a kiln in a week, pushing the firing to the end of the week. That makes me nervous because what if something happened to the kiln? (God forbid!) It just amazes me sometimes that I can still come up with a brilliant idea!
﻿
Posted by Zoe Nelson at 3:34 PM 1 comment: 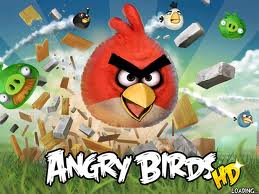 This is ridiculous. I now know what it feels like to be addicted to a game. I wish I'd never downloaded it. It taunts me like the pigs taunt the birds. Must stop and get something else done!﻿
Posted by Zoe Nelson at 12:42 PM No comments:

Lola loves playing with the Koi Pond App that I have on my new iPad.
Posted by Zoe Nelson at 10:42 AM 1 comment:

I've gone over to the Dark Side 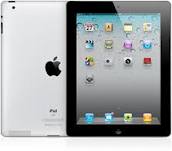 Yes... I bought an iPad. Huge learning curve ahead.
There'll be no Friday Foto this week, as I'm headed to Virginia to be with my step-daughter and her family for the collective February birthdays weekend.
Maybe, if I had this new iPad figured out, I could blog from there with it.
Maybe next time - I'm just not up to it now.﻿
Posted by Zoe Nelson at 6:15 AM 1 comment: 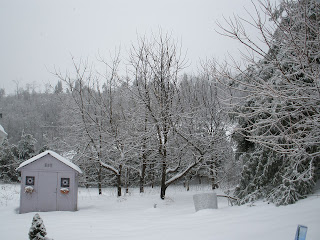 Whatever's going on in your world this week, I hope you have a good one and I'll be here just piddling along!
Posted by Zoe Nelson at 3:37 PM No comments: