Wow! Here I am again! I know you’re amazed, and it amazes me even more. Fair warning, though: don’t get too used to it.


I know you’ve heard about writers getting writer’s block and my loss of jewelry making mojo was the same sort of thing. It was starting to bother me a lot because I still need to make a living and I have a Trunk Show coming up and galleries to fill for tourist season. Not to mention my poor, neglected Etsy Shop! Inventory was so low that I considered selling some of the pieces I had made for myself.  And then, the most amazing thing happened…


A little over a month ago I woke in the middle of the night (something that’s not unusual for me) with an idea for a pendant. I had all the details, the design and texture and how to build it. I was so excited to have something creative happening in my head! As I laid there trying to go back to sleep I kept telling myself to write this idea down because I wouldn’t remember it in the morning. I’d drift a little and wake again and repeat “get up and write that down!”  Finally, since sleep was not happening, I decided to get up and go in the studio and make that piece.


As soon as I opened a package of PMC3 the next idea hit me! And then the next!  I ended up staying in the studio of several hours that night and finally had to stop and go back to bed when I couldn’t keep my eyes open any longer.


After sleeping late the next morning all I wanted to do was make jewelry, but there were too many other things to do that day. I had appointments and errands to run and it was a gorgeous day to be outside. The gardening bug was getting to me, too, and I really hated the idea of being inside on a pretty day.


Then another idea hit me: Second shift! For the next week and a half I would go in the studio at about 5:00 in the afternoon and work until midnight or so. I recorded “Good Morning America” so that when I woke up around 9:00 a.m. I could pretend it was my usual time of 7:00. I’d work in the yard and do other things in the daylight hours. Perfect!


It’s amazing to me that that one idea in the middle of the night broke the spell that had frozen my creativity for over 4 months. Then the idea to change my schedule so that I could accomplish all the things I wanted to do was just brilliant, if I do say so myself!


After a while I went back to a normal schedule because I was not in such a manic creative mood once I got the first few ideas out. (This whole thing really confused poor Lola. Cats are very schedule oriented people!) 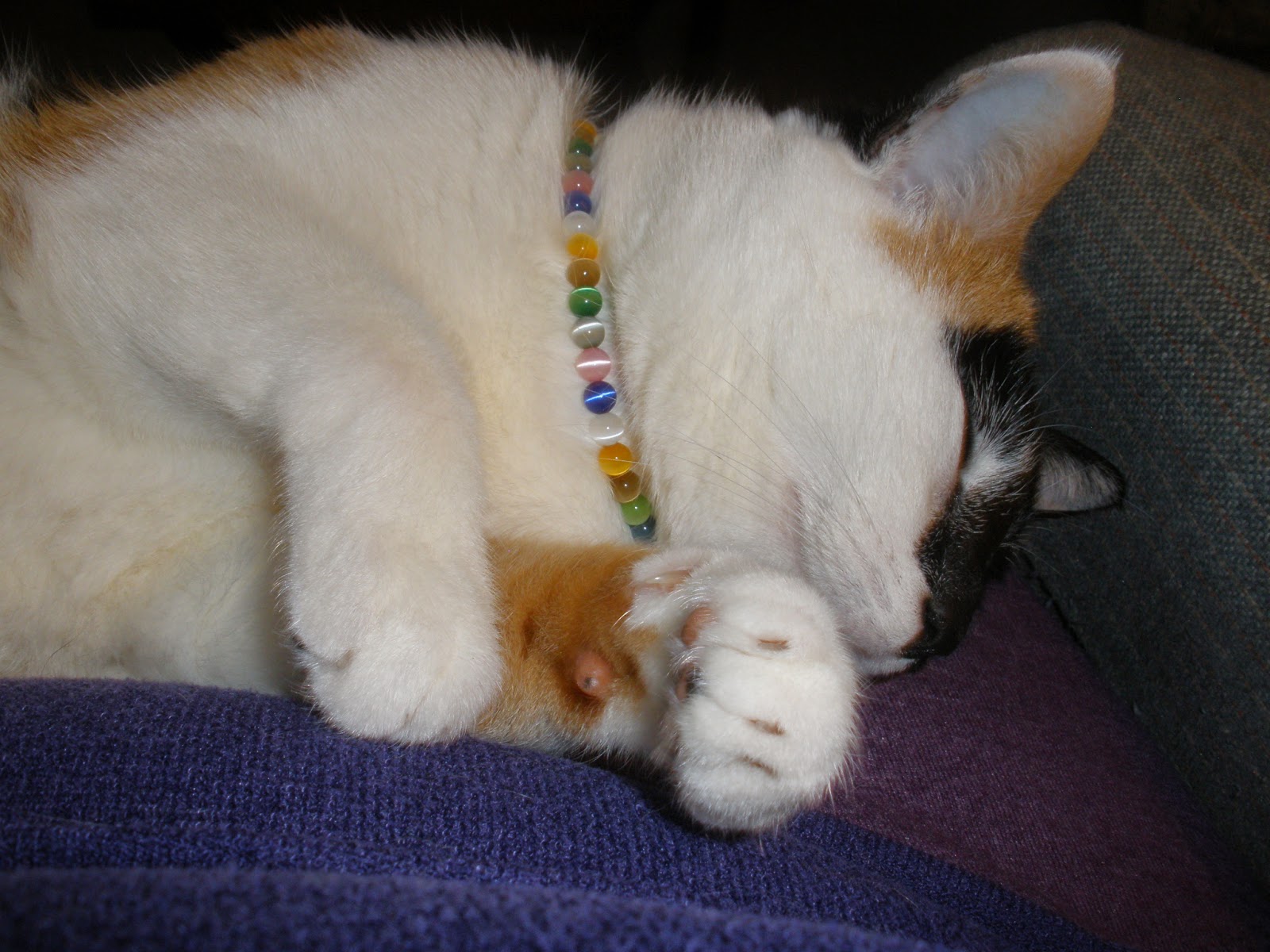 I finished TWENTY SEVEN new pieces! My camera broke, so I only have my phone to take pictures with and it doesn’t do close-ups very well. 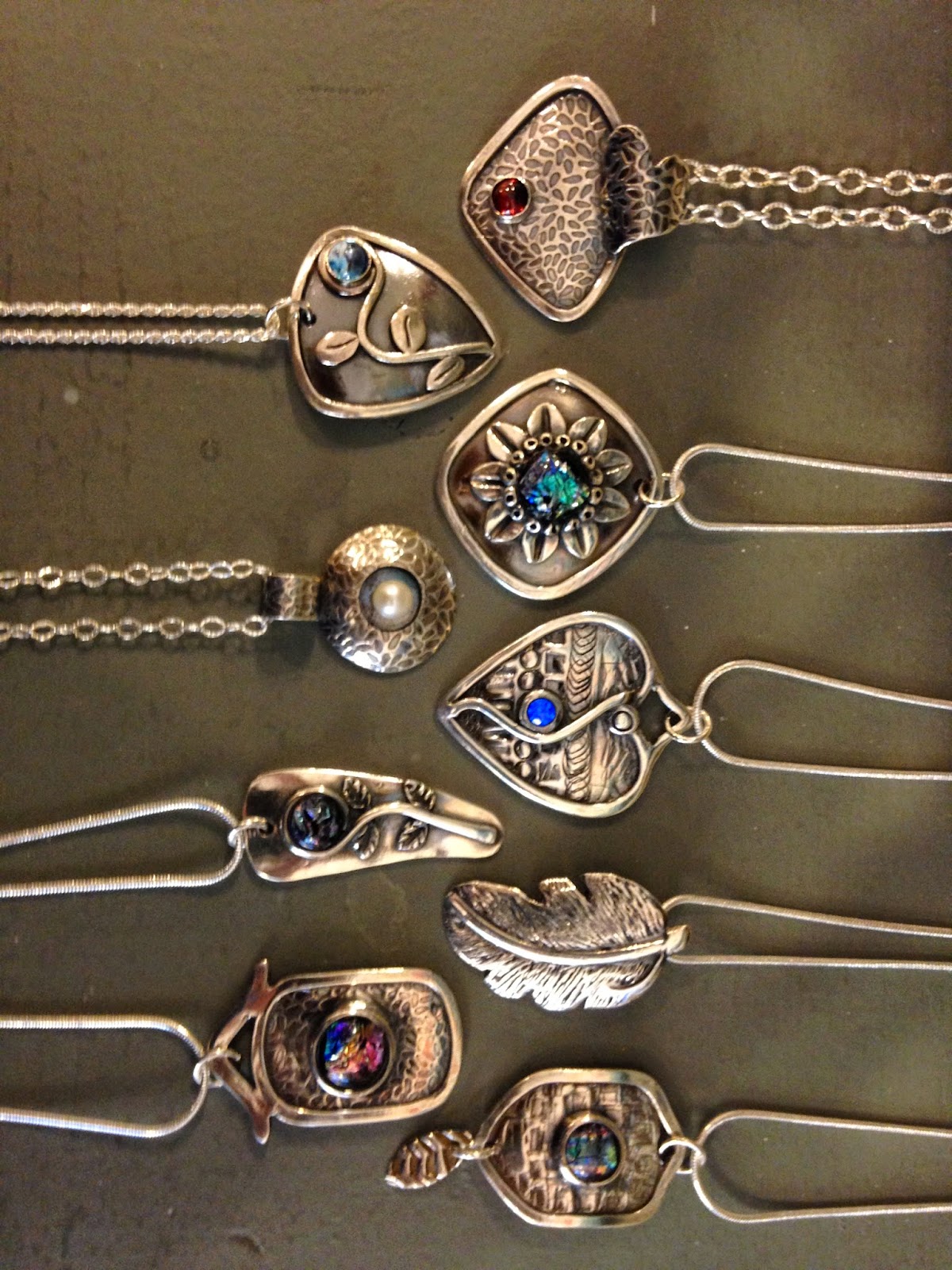 I took this one of some of my favorites from the batch when I was at the gallery the other day. I ordered a macro lens that attaches to my phone, so I’ll have more and better pictures when that arrives. I hope to get the Etsy Shop updated soon. Wow. Feels good to be back at it!
Posted by Zoe Nelson at 11:14 AM 3 comments: